A Lesson in Humility (The last call) 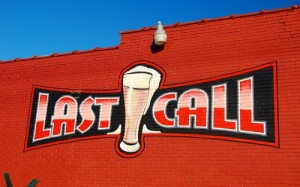 “He was oppressed and treated harshly, yet he never said a word. He was led like a lamb to the slaughter. And as a sheep is silent before the shearers, he did not open his mouth.” Isaiah 53:7 NLT

This is the Prophet Isaiah’s foretelling of the suffering of Jesus.  This ordeal begins with a false arrest, false accusations, a beating which should have ended His life and finally with an ending unbefitting a King.  What has always stood out for me were the words “he never said a word” – “he did not open his mouth.”  How is it possible to be falsely accused and tortured without at least attempting to defend oneself; to be given an opportunity to speak up, but choosing not to?

I am often reminded of those words when faced with a situation where I need to defend myself, especially in light of my background – being number 6 in a family of 7 where there was always something jumping off and where everyone in my family seemingly loved having the last word on a matter.  It’s difficult to hold your peace, especially with my upbringing where to remain silent was most likely an indication of guilt; when I have always been a scrapper, a fighter…where there has never been an altercation I’ve walked away from without administering that final shot.  It’s especially difficult when one’s meekness is mistaken as weakness, but that’s where the humility part reigns.

It has taken the utmost of self-control in my walk with Jesus to zip the lip and I must say that most times it’s been effortless, with the occasional instance where I’ve had to just about sweat blood not to “lay hands” on my adversaries or at least give them a piece of my mind…something none of us can afford to do!  I need all of my pieces.  Humility can be difficult…it stings, even hurts, but its rewards are longlasting.

And so there I was having written my brother what I thought was a compelling, encouraging letter replete with uplifting scriptures, my testimony and an admonishment to live life to the fullest, with a bit of a rebuke for wallowing in self pity.  (A letter most would receive and regard as one from someone who cares).  Not so with my brother who labeled me a nut, among other things, and was happy to call me long distance in order to serenade me with a perfectly pitched diatribe which included every cuss word in his extensive vocabulary.  We had been quite close as children…him the baby of the family born 19 months after me.  As adults we were making a comeback in closeness, as he had separated from the family quite a bit making appearances from time to time which ended many times in discord.  I was safe from the drama living so far away from the family, so we mainly kept in touch by telephone.  I was kept apprised of his rantings and was able to talk him down most times when he called me and our conversations always ended in an upswing.  I knew when I picked up the phone that this conversation would not end that way.  It would appear that I was the last stop on his cuss out the family tour.  He had never spoken to me that way and I was rattled.  I listened quietly waiting for the screaming to subside in order to tell him I was sorry he felt that way about me; I would continue to pray for him and that I was not going to allow him to disrespect me any further and with that I hung up.  He called right back and began his message (I did not pick up) with “You always have to have the last word, don’t you.”  He continued his barrage, ending it prophetically with “you’ll never see or hear from me again.”

…Love your enemies, do good to those who hate you, bless those who curse you, and pray for those who spitefully use you.  Luke 6:27

I did just that.  I prayed for my brother.  I had compassion for him.  My once vibrant and handsome, hilarious (we are a funny family and he was the king pin) and brilliant brother was no longer there.  The difficulties he had endured during his life, the losses he had sustained from which he was never able to recover, caused him to turn to alcohol as an elixir for his pain.  He was a master at being stealth so the family was caught by surprise to discover that his condition was life threatening.  A friend later recounted a conversation my brother had with his doctor who warned him that his life would be cut short if he did not stop drinking.  My brother had the nerve to respond by telling the doctor that he enjoyed a glass of wine from time to time with his dinner and asked whether that would be acceptable.  The doctor’s response was blunt…”the only table you’ll be pulling up to will be one at the morgue if you don’t stop.”

As I prayed for my brother, the Lord revealed a need that he had.  I contacted my sister (the one I knew remained in good standing with him) and I hatched a plan to send her some cash for her to forward to him.  I asked her to leave my name out of it knowing that his pride would not allow him to take the gift. She did so and a short time thereafter she received a letter from him thanking her and remarking that out of all of his sisters, she was the most loving (always was) and most sensitive to him.  My sister felt bad receiving that letter and wanted to expose the truth, but I forbid her from doing so.  I was surprised that I felt that way, actually.  Who wants to give someone else the credit for your good works?  My sister had also been talking to him about the Lord and so to me it was just as well that he believed it came from her.

Weeks later we received the news that our brother was hospitalized in dire condition.  I wrote about it HERE if you’d like to read and be encouraged:)  My brother passed away and after the shock had worn off, when I finally had some time by myself en route to Indiana for his funeral, I closed my eyes and ran through a host of memories from our childhood, our high school years, that amazing summer of ’78 when our family had solidified its closeness, (through a haze of marijuana and kegs of beer) – sorry Jesus:).  I laughed at the times he would hand out gifts for Christmas and tell each of us how much they cost.  I recalled the sports talk radio guys who would be on air giving him shout outs and asking for him to call in.  He was so smart and funny.  I remembered the joy he experienced when his daughter was born.  I skimmed over his difficult years (the death of his beloved baby boy being his death blow) and I settled on the last call…not the one that took him out…the one aimed at taking me out (our conversation). I remembered the first thing he said and the words he closed that awful message with that he left on my answering machine and realized they were in fact prophetic!!

2.  I never saw him or heard from him again.

It was hurtful to be spoken to that way by someone who was supposed to love you.  Growing up he always had my back and would have fought King Kong if he had to defend me.  It made me angry that he disrespected me that way.  I had only been kind to him when others weren’t so much.  I had entertained his foolishness when others had grown tired of him; I was so undeserving of his wrath.  With everything in me I wanted to strike back, but I held back and then only with the grace of God was I able to pray for him; to bless him.  Humility stings, it does hurt, but self control is necessary in order to maintain one’s peace so that one could hear clearly.  In the end, my reward came knowing that after all the hurt he inflicted, I was still able to hear, obey, forgive and bless and I did all of that never opening my mouth…but I did have the last word. 😛  I love you R…I miss you! 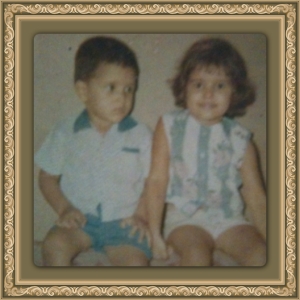 3 thoughts on “A Lesson in Humility (The last call)”