Archive for the tag “Children”

If I Ruled the World… 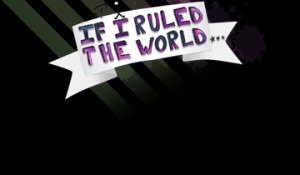 Today as I was shopping for a movie and video games for my son, I was stopped in my tracks by the movie titles and the video games which promote violence, that have become a source of entertainment for our children.  I’m blown away at how dark the titles and content are and I felt myself getting sick to my stomach as I surveyed them.  As I sit typing this, I hear in the background a piece on guns and how this particular store cannot keep their high powered rifles in stock.  I am shocked at how we have become desensitized to human suffering and sickened at the thought that adults are plying our children with this garbage.  It’s incredibly ironic how mindful we are to feed our children organically, strengthening their bodies while we pay to fill their minds with junk, systematically altering who they are and placing them in a position to harm themselves and those around them.   When a kid can pump 11 bullets into a six year old it’s not a stretch to guess that video games have done a number on the desensitizing of our kids.  I was reminded of my son who last summer purchased his first video game only to bring it home, play it for a couple of levels and then eject it and bring it to me saying that he felt it was something that he shouldn’t be exposed to.  It blessed me to know that in all of the “fun” he was having, he noticed the language being used and was turned off enough to give it to me to trash.

And so on my way to my car I once again remembered my childhood.  How the worst thing that could happen to a kid was getting “jumped” by the public school kids who were let out a few minutes after us. I recalled how free we were; how we spent our days “in the street” until it began to get dark outside or until we heard mommy call us in for dinner.  I remember the neighbors being friendly…I remember knowing our neighbors, respecting our neighbors, playing with neighborhood kids and having sleepovers unafraid of lurking relatives, my parents unconcerned that we would be unsupervised and tempted by the internet.  I do recall coming home from a sleepover and telling my mom how I was spooked by my friend’s mom and her friend who got drunk and happy until a fight broke out and my friend’s mom was knocked out when she stumbled and bumped her head on the table.  Ummm…that was the last sleepover at that house.  My mom was doing what moms do….she was protecting me!

If I ruled the world, everyone would agree and then begin to change…then heal…then effect a change in their families and neighborhoods…and ultimately the world.  If I ruled the world…I would have some great ideas; some healing ideas, but the fact remains that if I ruled the world, there would still be choice because that is how God would want it…and sometimes our choices hurt! 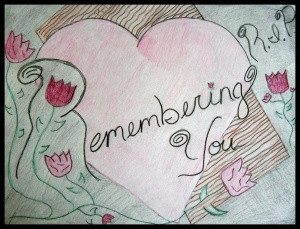 I love a good prophecy…love a good word.  I don’t chase after them though.  We’ve all heard of folks who run from meeting to meeting hoping to be spotted and called out and given a word.  I learned early on to file those away.  I don’t disregard them…no, not at all.  I’m just really careful not to adjust my life or position myself in such a way to force a word given to come to pass.  I figure, if it’s God, it’ll be good and in time it will come to pass without my assistance.  I learned that long ago from Miss Mary and so today I’m remembering Miss Mary.

One of my first spiritual mothers was Mrs. Hopkings.  She was quiet and strong, full of wisdom and she could lift the roof off with her prayers.  I called her one day for prayer.  I was due to return to work after maternity leave and I was sad and broken at the prospect of leaving my son.  I was a mess and needed some encouragement.  After we spoke for a while, she asked me to hold on while she added her prayer partner, Miss Mary to the call.  They prayed for and encouraged me tag team style and at the end of the conversation, Miss Mary told me that soon I would be home for good to care for my son.  I hung up from that conversation filled with peace, strengthened and encouraged.

I returned to work just fine and 16 months later I was on maternity leave again and this time, just as Miss Mary had said, I did not return to work.  Months 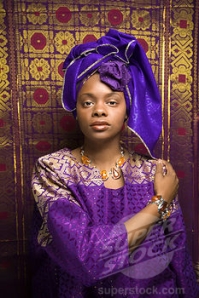 later I was at Miss Hopkings’ birthday party and seated behind me was a beautiful older woman dressed in african garb.  I was instantly attracted to her.  We spoke for a long time until dinner was served.  As I ate I looked around for Miss Mary.  Surely, she had to be present.  After dinner, I asked Miss Hopkings for her and she laughed and said that I had been talking to Miss Mary the entire time.  Of course!  I went over to Miss Mary and took her hands and introduced myself to her.  I introduced both my children and told her that I was at home with them now, just as she had said.  Her eyes filled with tears and she spoke such beautiful words over me and my children.  We exchanged telephone numbers and Miss Mary became my spiritual mother.  We began a phone affair, encouraging one another, sharing prayer requests and praise reports.

During one of our last telephone conversations, Miss Mary began to speak into my life.  I was sweeping the kitchen floor as she was speaking and it was the strangest thing, but whenever she would have a word for me her voice would change…everything about it…the tone, the volume, its cadence…and I knew to stop and listen.  This time I stopped, grabbed a pad of paper and sat down and began to take dictation.  She stopped abruptly and instructed me not to write down what was being said.  I was startled and looked out the window half expecting Miss Mary to be outside looking in.  She said that I would remember exactly what she said as it came to pass.  I did just that and have marveled through the years, as much of what she said has come to pass in my life.

Today I’m remembering Miss Mary…that powerhouse woman of God…so tender, so wise, so strong, full of love.  Here’s to you Miss Mary.  I can’t wait to tell you how spot on you were!