Archive for the tag “encouraging” 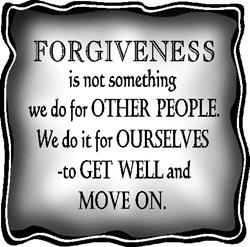 I was blessed with an opportunity to teach at our church’s school of ministry on the subject of prayer, one of my favorite subjects ever!

Pause for a bunny trail…you know if you ever wonder what your strength is or what your calling is, take a look at your book shelf for a hint.  If you were to take a peek at mine, you’d see mostly books on prayer.  I love prayer…I see my prayers…I see myself in the throne room; I see myself seated in heavenly places with Christ Jesus.  I love prayer…I’ll probably touch that subject another time…back on track now.

Towards the end of the class I was sharing about prayer hindrances, unforgiveness being one such hindrance.  I told a story of a friend who had called me for prayer.  I knew that she and another friend of ours were involved in a scrape of some sort and I listened as she shared her prayer request, noticing that it was something that she had been anguishing over for some time.  I told her to get her bible and turn to Mark 11:23-24 “For assuredly I say to you, whoever says to this mountain, ‘Be removed and be cast into the sea,’ and does not doubt in his heart, but believes that those things he says will be done, he will have whatever he says.  Therefore I say to you, whatever things you ask when you pray, believe that you receive them, and you will have them.”  She was squealing with delight as she read these scriptures aloud and I could hear her highlighter screeching across the page.  I then asked her to read the next verse...”And whenever you stand praying, if you have anything against anyone, forgive him, that your Father in heaven may also forgive you your trespasses.”  “Hello, hello, are you still there?”  <silence>.  Exactly!!!  I shared with the class that I didn’t know if she ever “got it.”  She claimed she and our friend had settled their differences…I knew they hadn’t at the time.  I encouraged my class to pursue peace, seek forgiveness early…release in order to receive. 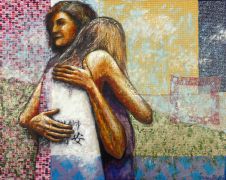 After class, there were people who stayed behind for prayer mostly and I noticed a woman in her seat watching me.  She got up from her seat when everyone else had left and asked me if she could speak to me.  She told me her name was Ruth.  She was a petite woman and I towered over her in my heels and my instinct was to remove my heels to come down a little closer to her.  She was crying as she asked me to forgive her.  Huh?  I asked her whether we knew each other.  No, she said, but I have talked about you, I’ve said mean things about you.  I was a bit surprised.  This was a first for me.  “Have we met?  Have I been mean to you?”  She said, “No, you asked me to move over a seat in church.”  I asked her if I was rude and she said I was not and she realized it was her…all her.  I just melted as I listened to her ask for forgiveness as she tried to make sense out of something so senseless.  We embraced and I took her hands and we prayed and of course I released her.  That took some boldness.  Ruth is my hero!!  I have made it a point to look for her at church to squeeze her.  Ruth has become one of 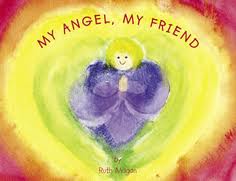 my greatest encouragers.  She has no idea, unless she reads this, that the Lord used her in a mighty way to encourage me.  She had grown accustomed to seeing me in a particular seat during a particular service.  She had not seen me and reached out on more than one occasion to encourage me and to reiterate how much she missed seeing me in my normal spot.  She was looking for me…she was missing me.  I’ll not forget that!  Thank you Ruth, mi hermana!!  Te quiero mucho!!! ❤

“Make this your common practice: Confess your sins to each other and pray for each other so that you can live together whole and healed.” James 5:16 The Message Bible

“Be…quick to forgive an offense.  Forgive as quickly and completely as the Master forgave you.” Colossians 3:13 The Message Bible 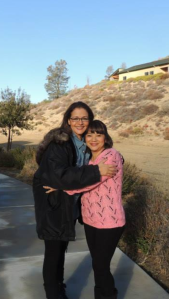 Me and my friend and sister, Ruth