Archive for the tag “Enemies”

Better the Devil You Know…my Frienemy

“A ‘toxic’ person who poses as a friend but subconsciously or consciously wishes you harm.”

“A friend who acts like an enemy; a fair-weather or untrustworthy friend.”

I had a strange, almost familiar dream last night.  It involved a former co-worker and she was in hot pursuit of me.  She wanted to find out why I had been avoiding her.  She finally caught up with me at a metro station and I succeeded once again in avoiding her, only this time, I noticed she was hurting and  was needing me to comfort her.  She almost reached me….and then I woke up.  I thought about the dream as I was getting ready this morning and I remembered how the Lord has used dreams to get messages to me…some dreams pretty clear and specific, like the time He assured me that the child I was carrying was the one I had been praying for; other dreams have not  been as obvious, but have been symbolic in nature and most often the purpose or message has been revealed or played out.  While I haven’t been actively avoiding this girl, she’s someone I probably wouldn’t pull over to catch her up on the latest.  Knowing what I know, and having experienced her “specialness,” I will  not be surprised to hear when her season of reaping begins or heats up.

“Better the devil you know, than the one you don’t know.”  A little ditty one of my spiritual moms said, I’m sure.  This little ditty reveals my feelings about this girl.  I rather enjoyed her company in the beginning, but my eyes were wide open and my ears were on alert whenever I was around her.  I was familiar with her game. I had been observing her from a distance.  She was the type of person who would attempt to solicit all of your information and offer nothing in return….and everything you said could be and most often was used against you.  She was something else to behold in action:  sneaky and sly, hanging out in doorways and hiding in shadows to listen and watch.   I especially liked the part where she thought I was unaware of her shenanigans….I can play the dumb role really well.   I guess she would fall into the category of a “friend/enemy – a frienemy”).

She was super funny, quick and kinda helpful if you made her feel you really needed her or if by helping you, it made her look good or appear useful, but if you crossed her or slipped in any way, you were toast.  She was the boss’s sidekick and her job was to keep the boss happy…keep the boss laughing which worked for the rest of us (for the most part) because that kept the boss busy and us off of the radar (for the most part:)  She also kept the boss informed.  Her nose got a bit out of joint once she realized that the boss had taken a liking to me and then she turned up the heat against me big time, but I was ever watchful and super vigilant.  I purposed to stay in my lane, happily playing dumb, never taking the boss up on offers to hang out.  I knew that was her spot and I was so not interested in becoming the boss’s lap dog (sorry to be so blunt).  I was exhausted…you can hold your breath for so long, ya know.

That job ended abruptly without a farewell from her (or the boss for that matter).  At the end of the day, I discovered that these two (boss and sidekick) almost acted like a two headed monster, feeding off of one another, plotting and planning and cackling away at all of their conquests; portraying themselves as honorable but being anything but.  You really would have to see this show to believe it and I wonder….

I wonder how many people these two have hurt, run off, brought down, lied to and about; I wonder if there’s any remorse for bad behavior; I wonder if they know how dysfunctional their union is; I wonder if they realize that their nonsense is not a secret.  I especially wonder if they even care.  How can they not care?  I’ve run into the boss and her sidekick together once since my departure at a gathering, and they made a show about greeting me and I went along with it…hated to make them feel as ridiculous as they looked as they chased me down.   I hadn’t given her much thought until she had a starring role in my dream last night.  I asked the Lord to remove any lingering ought I had against her, if any, and then I prayed for her.  As I write this I think that was the purpose of the dream…for me to pray for her since I’ve been on the inside and know the real deal.  Those on the periphery haven’t a clue and I doubt that the ones on the inside currently are praying for anyone, besides themselves…as they duck and dodge the boss and her sidekick.  Every dog has its day and if my dream is as prophetic as the ones in the past, her day is coming soon and for that I am truly sorry.

Let me encourage anyone who is reading this who has sustained any type of emotional injury at the hands of a “frienemy.”  I’m praying that you rise up and move forward, healed and whole and obedient when called to pray for and do good to those whom the enemy has used to hurt you.  Anticipate an opportunity to be a blessing to that one so that the same weapon formed against you which prospered can be turned around and returned to sender…the real enemy in the deal.

“But I say to you who hear, love your enemies, do good to those who hate you, bless those who curse you, pray for those who mistreat you.” Luke 6:27-28

The Hardest Thing in the World… 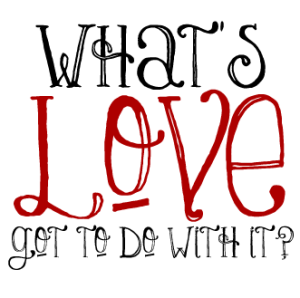 If I’m being real…

honest, I’d have to say that the hardest thing in the world to do is love someone who does not love you.  That someone who taunts you, flings barbs at you, corrects you…that someone who finger points, finger wags; who just doesn’t like you for reasons only known by them; that person who ASSumes things about you without ever really knowing you; who challenges everything you say, everything you do…whew, I’m having flashbacks.  Jesus take the wheel!!!

LOVE…that sometimes elusive thing that everyone wants to have; that emotion that we can’t live without, one so easy to fall into, so easy to do until it’s not reciprocated.

I was met with a challenge to love that person described in paragraph one above:)  After each encounter, two thoughts would occur to me and I’d wrestle with the first one…”How lovely would my hands feel around her neck,” quickly (not so quickly sometimes if I’m being real…honest) — followed by the more sane thought…Arlene, you can either PASS or FAIL.  Well seeing that I’m writing this from my kitchen and not from a jail cell, you know I passed, but time after time I’d question why after having passed the test, I would walk away with my jaw clenched and fists balled up never really feeling like a winner.  This went on longer than anyone should really deal with before snapping and that last time as I walked away, I asked for Divine intervention DUH!!! due to the ever increasing sense that the old man..(you know, the one that was supposed to be dead) was going to make an appearance…I heard him scratching at the coffin and it was getting louder and louder. 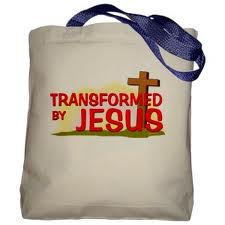 When I grew quiet enough to hear Him answer, it was ME being checked.  Huh?  I was being shown that  some of the very things that irritated me about her were big in me.  Ruh ro!!  Now that He had my attention, He began to show me the areas that needed smoothing in me that I saw in her that irritated me.  I felt she was critical, judgmental, bossy, prideful, all knowing, never listening, unteachable…OH GOD!!!…the list goes on.  Once I got up from the floor, I simply said.  “Lord, change me..set a guard over my mouth and cause me to see her through Your eyes; to hear her…really hear her and not react.  Lord, I want to love her the way You love her.  And Lord, if that dead man is really dead, I shouldn’t be reacting…change me.”  Before too long, things began to change and the beauty of it all was that I never set out to try to change.  I think she may have changed, or was it me that just didn’t notice any more because the Lord had begun a work in me.  There was peace between us…“When a man’s ways please the Lord, he makes even his enemies to be at peace with him.” Proverbs 16:7 – In the end, I rather liked her…she was strong, take charge, successful in business, loving towards her family, generous and she loved the Lord.

So I passed the test and learned a few things…I learned that sometimes the Lord resurrects a mirror before us and the reflection is not too cute, but with a little heart adjustment transformation begins. I learned that we shouldn’t run away from obstacles…growth occurs when you’re stretched.  I learned that I cannot control others’ actions, but I can control my reaction; I learned that humility takes you  a long way.  I learned that the old man is sometimes never dead…just sleeping..hehehe; I learned that love is hard sometimes….but it never fails!

L.O.V.E….Love…heavily pursued and thought of, falling in and out of…flung about and sung about…