Archive for the tag “spiritual healer” 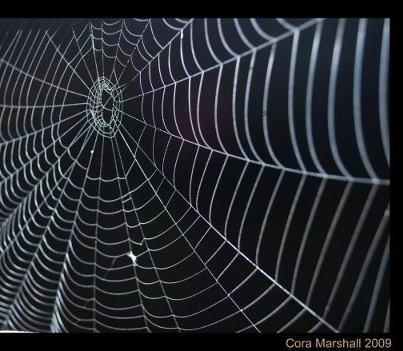 When God has His sights set on someone, there’s no changing His mind.  He will move heaven and dip into hell to free the one who’s lost; He’ll leave the 99 to go after the 1 and He’ll use you to do it.  I received a prayer request about a lost dog and I found myself praying like never before that Comet would be found.  “Lord, show Yourself strong on behalf of this situation; prove that You have heard their cry and bring back Comet.”  Well, He heard; He moved and Comet is back at home.  I revisited this prayer request and once again marveled at its request-or.  I smiled as I recalled how God put us together, once again recalling with amazement the perfectly woven web He created…too perfect to be regarded as coincidence.  So perfect, it could only be God!!

Earlier this year, I received a 911 call from Victoria, a sister from church, about her friend (who had just started attending our church) who had absolutely stretched her to the point where she felt her counsel would be fruitless.  She said she called me because of the counsel I had given her in the past and she looked up to me, etc. etc…you see where this is going too, huh?  She wanted to know if I knew “someone” who could minister to this fiery little Puerto Rican.  Victoria knew exactly what she was doing, but as I listened I wondered if I would be up for this challenge, since I was still licking my wounds from a hurt I had sustained.  (God saw this as a perfect opportunity for me to finally disengage from my pity party…hearing myself encourage someone else using His word would no doubt shake me out of my funk.)  Of course, I took her number and called her and we spoke for quite a while and though she quietly listened, I felt that I needed to see her and sensed a bit of urgency since Victoria informed me that she was off to see a “spiritual healer” later that week.  I switched some things around and met her at Starbucks where we met over coffee, tears and transparency.  She released a whole lot about herself, her past, her present and her uncertain future, all pointing to someone who was desperate, scared and wanting to change…needing to change, but not having a clue where to begin.  As she was talking there was a familiarity about her.  I figured it was that we were both Puerto Rican…both fast talkers (not in the shady way) and I knew all about the fire I was picking up from her…that stubbornness…strength…loyalty…genuineness…love of family.  Let the weaving begin…

I wanted to switch channels to give her a minute to recover so I asked her about her family…where they lived currently…where they were from in Puerto Rico.  Her response almost knocked me out of my chair.  Her family is currently living in Chicago (I have family spread out in Chicago and Indiana).  Her extended family on her mom’s side lives in a small (I mean super small town) in Puerto Rico…the kinda small that says that if you meet someone who is from there, the chances are great that you are related somehow)…well as it turns out, my parents are both from this small town as well (they are NOT related, thank you very much:) and we’ve narrowed it down to where we must be related on my dad’s side since we share the same family name.  Get outta here!!  God’s got jokes indeed.  Now, it has become personal and I am fully invested.  We say our goodbyes and I promise to keep in touch…Oh, you bet I did!!  And so the weaving continues..

I got home and called my girlfriend who was busy preparing her message for a weekend retreat where she would be sharing her testimony.  She was excited at the prospect of my having met a potential family member and joined me in awe of that divine appointment.  She shared what she would be speaking on and as I listened I realized that her testimony was one that my newly acquired family member, “Mary,” needed to hear.  Rashayna would be able to speak to her and touch those areas that I would be unable to reach because she had the benefit of experience and had been to those places from which Mary was struggling to be freed.  Rashayna suggested that I invite Mary to the retreat (DUH, me) and I jumped on it!!  Remember Victoria the girl who called me to counsel Mary?  Well, I was reminded that she and Rashayna were former roommates and I later discovered that all three of these women worked for the same organization at one point.  Mary had heard of Rashayna.  Coincidence?  Nope…just part of that perfectly woven web.

I got “Mary’s” voicemail and left her a message inviting her to the retreat, telling her that I know that she’d be blessed by it.  I explained that I realized that it was super short notice and that she shouldn’t allow finances to affect her decision about going.  She would be covered.  I hung up the phone and prayed for her.  I knew the enemy was working overtime to keep her isolated.  I felt that she was probably regretting sharing all that she had with me and was most likely wishing that I’d just go away.  Rashayna and I began to pray for her.  Mary and I traded phone calls and we finally connected, she being prompted to trust me by Victoria (whose phone I was absolutely blowing up) trying to ensure that she get ahold of Mary since I couldn’t seem to get her to answer.  Persistence and I are one:)

I had to now brace myself for the retreat.  I wasn’t really too keen on going myself.  I didn’t want to process any pain in front of anyone…me and my hurt little

self could handle it on our own as we usually did.  I knew this would not be the case now that Mary had agreed to join me.  I still wasn’t keen on going but now I had a purpose…oh silly me — who am I to think I have anything under control…the web was half way completed.

I couldn’t have been happier seeing Mary come out of the grocery store pulling her luggage, a look of uncertainty in her eye.  Her outward look matched mine; however, I wore mine on the inside…

I’m going to pause here and pick it up tomorrow.  I don’t want the length of this one to scare anyone away.  🙂

“For I know the thoughts and plans that I have for you, says the Lord, thoughts and plans for welfare and peace and not for evil, to give you hope in your final outcome.”  Then you will call upon Me, and you will come and pray to Me, and I will hear and heed you.  Than you will seek Me., inquire for, and require Me (as a vital necessity) and find Me when you search for Me with all your heart.  I will be found  by you, says the Lord, and I will release you from captivity…”Jeremiah 29:11-14a AMP