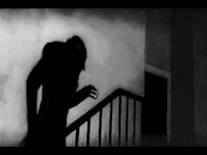 That visual of sin crouching at your door with a desire to “have” you (not visit you for a minute) but to possess you; to take over, jumps out at me….but you MUST rule over it.  This scripture is a warning giving me a choice and it urgently points out that my misstep could open up the door to a most unwelcome takeover.  My choice determines my outcome.   God issued this warning to Cain and if we read on, Cain did not heed the warning, instead he allowed his anger and jealousy toward his brother to spiral out of control resulting in him killing his brother.

Sin had paid a visitation and remained with Cain and with it some harsh consequences…laced with mercy, but consequences nonetheless.

Jesus had a word of wisdom for Peter which reminds me of Cain’s warning.  Over in Luke 22:31, Jesus says “Simon, Simon!  Indeed, Satan has asked for you, that he may sift you as wheat.  But I have prayed for you that your faith should not fail; and when you have returned to Me, strengthen your brethren.”  Peter’s response was typical of Peter…bold and brash…”Lord, I am ready to go with You, both to prison and to death.”  Uh, yeah okay.  Take heart that even when you have the best intention, the Lord knows your frailties; knows the end from the beginning; has already made a way of escape; pursues you; forgives you; accepts you and positions you to move on in the destiny and plans He has prepared for you.

Since the beginning of time we’ve been given the gift of choice and the opportunity to do good, but there’s this thing that gets in the way …this flesh thing that we seem to have under control for the most part, but given the opportunity, that old man who is supposed to be sleeping isn’t and if fed enough, can come

roaring out proving that ole’ boy is not as dead as you think he is after all.  The Apostle Paul says it this way “For the good that I will to do, I do not do; but the evil I will not to do, that I practice.”   So what then?  Do we get comfortable in our sin when we know full well that sin is what separates us from God leaving us wide open for those demonic twins, guilt and condemnation to lay hold of us, causing a further separation from the One calling us home?

I’ve been accused of being so heavenly minded, that I’m no earthly good.  Boy, if this person could have read my heavenly mind, they would have known better than to think that!  I am a daily work in progress with choices to act out with each opportunity presented to me.  I listen to the voice of the Holy Spirit…sometimes on time, sometimes late, but I listen, I learn, I will to do good, but I don’t stop there…I then choose to do good.

Think about the trap that the enemy has set out or is preparing for you.  What is lurking or crouching at your door ready to spring to attention with an intention to take over your life…to possess you?  You must rule over it or it will rule over you.

Lord, we hear Your voice and the voice of the enemy we do not obey; we turn away from that which would so easily ensnare us and look to You to contend with that which contends with us.  Lord God, Your will, Your way…not ours…in Jesus’ name!